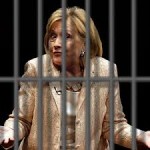 Hillary Clinton at one point denied that she ever sent “classified information” through her personal server that she had set up.  Later she changed that to her never having sent information that was “marked” as classified.  She then goes on and on about the unfairness of “retroactive classifications” as if what she did was an innocent mistake and the fault lay with Department of State.

When Bret Baier, at a town hall interview on March 7th, asked her whose responsibility was it to make a message classified, she said it was the State Department’s obligation.   Any thinking person should have a problem with that.  Unless she asks for prior authorization on all her emails from the State Department, and we know she does not, how could they mark any of them at all unless it is by doing it retroactively?

In other words, she can send the most sensitive of national information and not be held accountable because she sent it free of review by the State Department.   We have no way to guard against a Secretary of State from sending highly secret communications that endangers our national security by private email.

Simple as that!  Case closed!  Sentence 20 years at hard labor!  That was easy!

Does anyone see a flaw in my thinking on this?