The President Trump haters are at it again screaming about the pardon of Sheriff Arpaio.  Compare this outrageous against the high quality level pardons of Obama.   “Obama set records for clemency in cutting sentences of drug dealers and users and repeat felons — including those who used guns in the commission of their crimes.  Mr. Obama also issued end-of-term decisions to commute sentences of a member of a Puerto Rican terrorist group, and of Chelsea Manning, who before undergoing sex-change surgery was Army Pvt. Bradley Manning, serving 35 years in prison for leaking government secrets to WikiLeaks.”

Others saw it like it really is and was:    Arizona Representative Trent Franks said the pardon was neither unprecedented nor outrageous, as critics suggested, and he compared it …with Mr. Obama’s commutation of Manning’s sentence.  ““While no one can dispute Manning acted to undermine our country’s national security, Joe Arpaio has spent a lifetime trying to maintain it. Comparing the two, it is easy to discern that Arpaio is a patriot while Manning is a traitor,” Mr. Franks said.

Now what does Senator Leahy think:  Surely, with all this time in the Senate and all the bad things he must have seen, he would see that this was a worthwhile pardon and would be able to compare this with those of say, President Obama.  Let’s see!  “It is disheartening that [the president] set the bar so very low for his first pardon,” said Sen. Patrick J. Leahy of Vermont, the senior Democrat in the Senate. “It is a shame to see the pardon power devalued like this. The ex-sheriff is a self-aggrandizing braggart who promoted racist law enforcement practices and cost taxpayers millions, and that is a reason they did not re-elect him.”  Could it be that Senator Leahy is one of the main reasons we need to “drain the swamp”?   Maybe can think of at least one other who only gives us what his initials are: BS 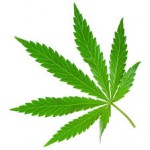 Commenting on a piece in vtdigger.org reporting a Federalist Society forum on “pot” and the conflict of Vermont’s legalization efforts with Medical Marijuana and now Recreational Marijuana, Bob Orleck commented: 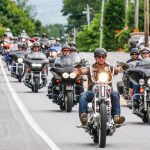 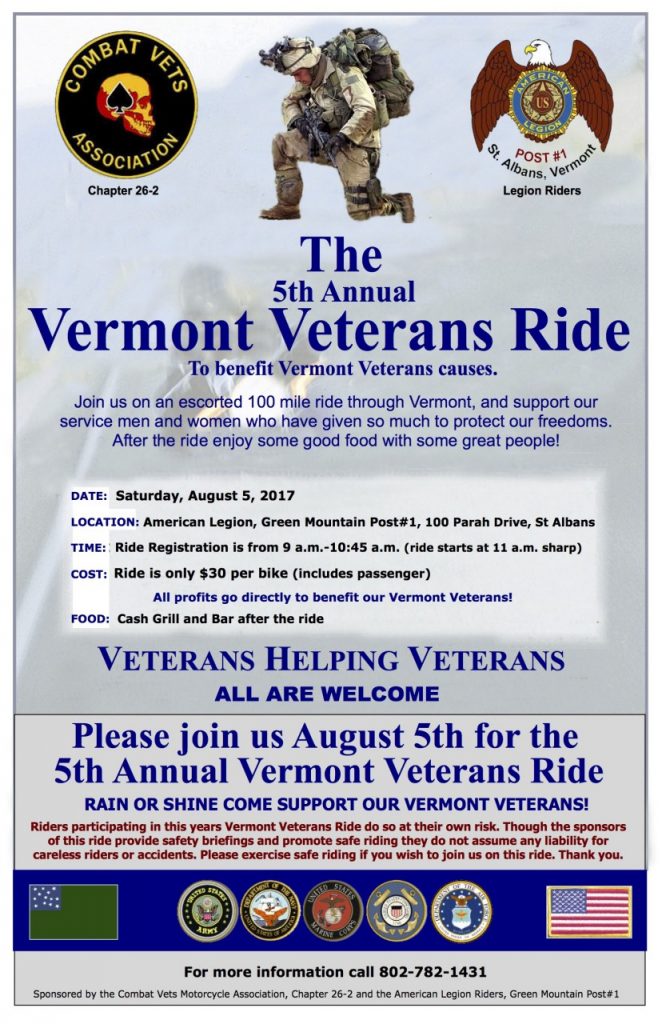 Read a letter from the Commander CVMA 26-2, David “Gunner” Eckert, about this “Veterans helping  Veterans” event.

Here is how to support our Vermont Veterans

This is a perfect opportunity to say “Thank You” for protecting our freedoms and “Welcome Home” and at the same time help in “raising funds for non-drug assisted rehab programs for veterans, their families and the Vermont communities in which they live.”  Drug addiction and PTSD are of national concern and our Vermont Vets are not immune from them.