What it all means (11 minutes 43 seconds video) now that leftists have control over our national government as seen through the clear eyes of a British commentator. 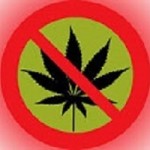 On January 4th the Vermont House of Representatives voted for H.511, a bill that would legalize marijuana for recreational use.  On the 16th the Senate finalized the legislature’s action and on January 17th the bill went to Governor Phil Scott who said he had made a deal with someone and would support the bill.  He has not given any reasons why this would be the right thing to do.  Just that he promised to support the bill.  Did he make a good deal though.  Who is responsible for the consequences that flow from the enactment of the bill then?

In May of 2017, Governor Scott vetoed S.22, a bill that has provisions about the same as H.511, and said the time was not right.  He wanted to insure safety for children and wanted a roadside test to protect drivers on our roadways.  No such test is available because there is no way to relate the presence of marijuana in the system with impairment.   He appointed a Marijuana Commission to study such issues and other matters and they were to deliver their first report to the Vermont Legislature on January 15th.  The legislature never saw the report before they voted to legalize even though the Governor wanted that, and Republican legislators tried to get them to postpone their vote until the report was delivered.

The report that was posted on the Commission website on January 16th, can be safely characterized as not being in support of legalization.  The report points out a lot of issues that make it easy to conclude that more people will become addicted, more will die on the roads and there will be brain injury to children if this is legalized and more of the drug becomes available for use.  The potency of today’s marijuana is the reason this report will become a reality in the suggested fears it raises.

Not only did they refuse to wait to get the report, but they also refused to hear a woman whose son’s life was damaged by exposure to marijuana.  She came from Pueblo, Colorado to be with us for 8 days to speak to the legislators and the Governor about how marijuana legalization has damaged the community where she lives.    The picture she was to paint for the legislators was not a pretty one but would be a window into what Vermont will become should they go down that same road.  The situation today is not much different than when he said the time was not right and the result should be the same.  A veto!  Seems obvious that certain legislative leaders did not want any of their members to be able to reconsider their vote based on new and valid information.  ‘They just went ahead and blindly passed this bill and the vote was close.

You would think the Governor would be angry and would feel betrayed to the point where he could have stepped away from that deal, whatever it was.   The legislature even denied an amendment that would have put a cap on the quantity of marijuana that a person could grow and stockpile.  Such a provision endangers children who will be living in the homes that have these grows where unknown and unpoliced quantities of marijuana are present.  These children will be subjected to exposure that they cannot prevent or avoid.

History in other places with homegrown marijuana reveals that such homes have increased home invasions, diversion, sale, and increased use by children.  You would think this would be enough for the Governor to reject this bill since that action would fly in the face of his stated goal to protect children but not so.  He still says he will vote for the bill.  This bill also enables children to grow and distribute marijuana on their own with no penalty.  How is this living up to the promise by the Governor to protect children?

The question needs to be asked of those legislators who voted for H.511 and to the Governor.  Why are you doing this to us?  No matter that so many well-meaning, smart, caring people and organizations, armed with scientific and medical facts, preached until they were blue in the face, the Legislature passed H.511 and Governor Phil Scott has still vowed to sign it.

The question is not when people will be killed or injured, but who will be responsible when that happens.

The President Trump haters are at it again screaming about the pardon of Sheriff Arpaio.  Compare this outrageous against the high quality level pardons of Obama.   “Obama set records for clemency in cutting sentences of drug dealers and users and repeat felons — including those who used guns in the commission of their crimes.  Mr. Obama also issued end-of-term decisions to commute sentences of a member of a Puerto Rican terrorist group, and of Chelsea Manning, who before undergoing sex-change surgery was Army Pvt. Bradley Manning, serving 35 years in prison for leaking government secrets to WikiLeaks.”

Others saw it like it really is and was:    Arizona Representative Trent Franks said the pardon was neither unprecedented nor outrageous, as critics suggested, and he compared it …with Mr. Obama’s commutation of Manning’s sentence.  ““While no one can dispute Manning acted to undermine our country’s national security, Joe Arpaio has spent a lifetime trying to maintain it. Comparing the two, it is easy to discern that Arpaio is a patriot while Manning is a traitor,” Mr. Franks said.

Now what does Senator Leahy think:  Surely, with all this time in the Senate and all the bad things he must have seen, he would see that this was a worthwhile pardon and would be able to compare this with those of say, President Obama.  Let’s see!  “It is disheartening that [the president] set the bar so very low for his first pardon,” said Sen. Patrick J. Leahy of Vermont, the senior Democrat in the Senate. “It is a shame to see the pardon power devalued like this. The ex-sheriff is a self-aggrandizing braggart who promoted racist law enforcement practices and cost taxpayers millions, and that is a reason they did not re-elect him.”  Could it be that Senator Leahy is one of the main reasons we need to “drain the swamp”?   Maybe can think of at least one other who only gives us what his initials are: BS